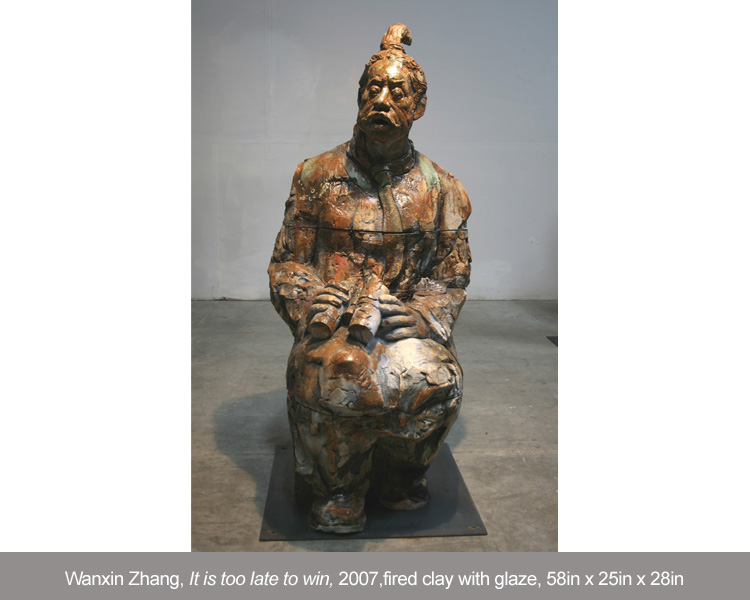 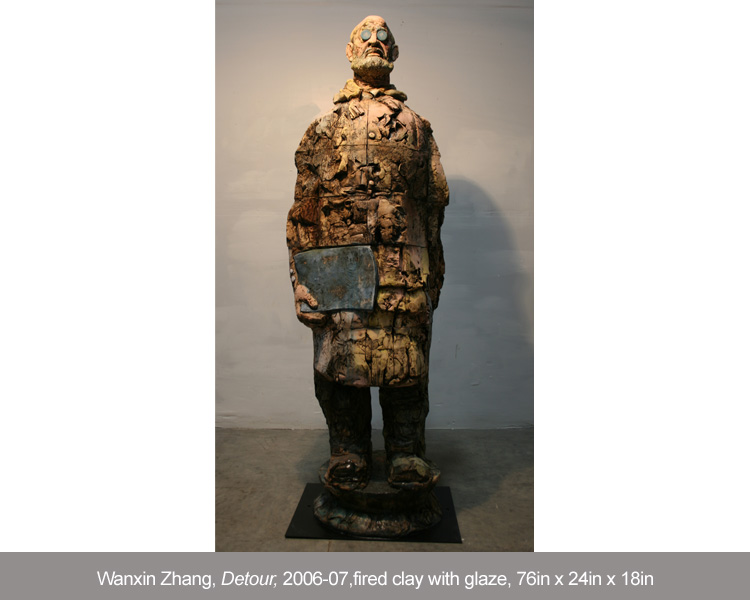 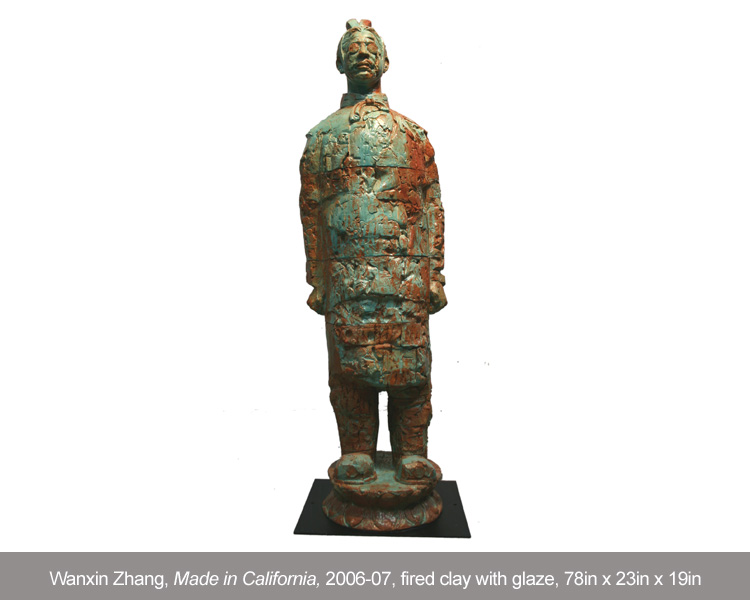 During the Chinese New Year celebrations, Bedford gallery will be inhabited by a group of larger-than-life ceramic figures by Chinese artist Wanxin Zhang. Inspired by the 8,000 clay figures discovered in the tomb of China’s first emperor, Zhang’s warriors forge a remarkable visual passage from past to present.

Bedford curator Carrie Lederer states, “Zhang’s noble figures are direct descendants from traditional ideals, and they provide us with a modern-day platform to consider larger community principals: How do we define a hero?  How do we teach concepts of honor?  What does courage mean to us today in our contemporary world?”

Ever since Wanxin saw the Qin warriors at the museum in Xian, China, it was been his artistic dream to revitalize them. Even though the Qin warriors have thousands of gestures and hundreds of poses, they all have the same occupation, and that is to guard the emperor in his burial compound. But Wanxin’s warriors have in them the essences of you, me, and everyone. They are poets, doctors, fathers, and modern day heroes living among us. Zhang states, “I am rebuilding these figures with the artistic language of soulfulness, spirituality, and personality, and allowing them to stand in for modern man.”

The figures are hand-built using molding and coil construction techniques. Once built, the figures are cut horizontally into segments and fired. Glazes are applied, and then the segments are fired again and reassembled into the colossal characters.

Zhang is an instructor at the Academy of Art in San Francisco where he earned his MFA in 1996.  In China he studied at the LuXun Institute of Fine Art. His work is in several private collections in the US and China and is represented by Bernice Steinbaum’s Gallery in Miami.