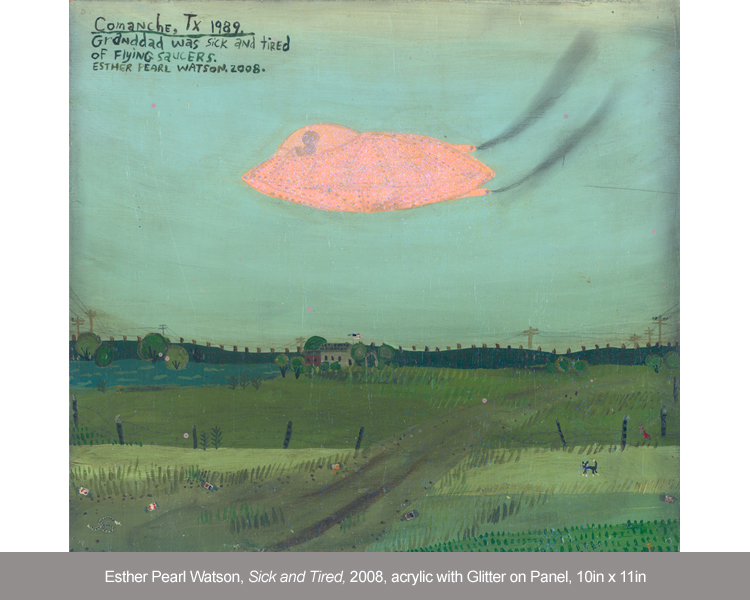 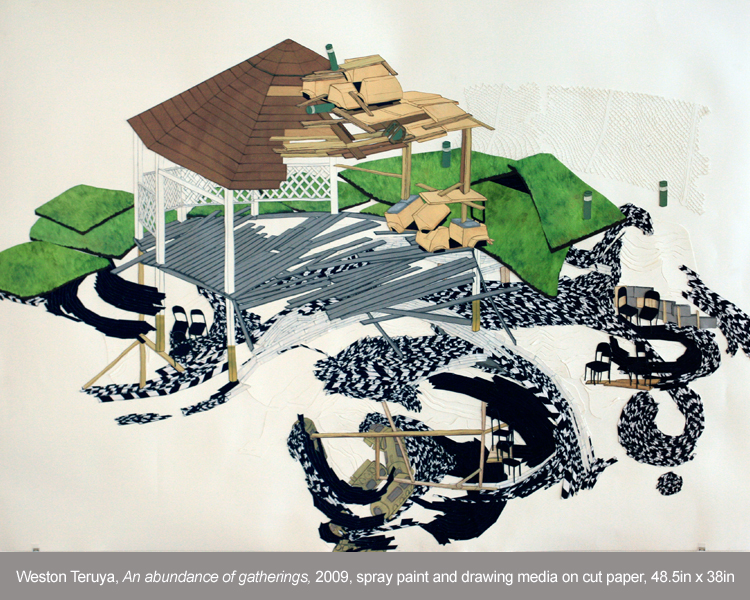 Carrie Lederer, Bedford Gallery Curator of Exhibitions and Programs, curated this engaging exhibition that introduces a range of imaginative approaches to art-making. “The artists in Land of Magic do what artists do best—leave conventional reality behind to create alternate universes, utilizing Magic Realism, Surrealism, and Fantasy,” Lederer says. “Their range of ages, cultures and experiences come through in the way they explore illusion, outer space, inner space and their connections to the land around them. Several artists in Land of Magic create a wonderland of seemingly spontaneous poetic creations, while others produce narratives located in some twilight zone between dream and reality.”

With each image, artists open a portal to a fantastic new world. Oakland-based artist David Huffman uses figures in astronaut garb to address issues of African American identity and to tell stories of humans’ relationship to the earth and urban environments. Huffman uses drawing, collage and paint to create works that are both familiar and fantastic – we recognize the urban and suburban landscapes, the basketball courts and tree-dotted vistas, but at the same time, we feel as if we’ve stepped into a dream.

Land of Magic features work by emerging and established artists who hail from across the country and the world. Julie Heffernan, a San Francisco Bay Area native who now lives and works in New York is among the prolific, well-known and widely exhibited artists in the show. Heffernan paintings are mystical, romantic and chilling – it’s easy to get lost in the details and find something very new in the intricate world she weaves. In fact, that’s exactly what Heffernan has in mind.

“I look for the story that comes out in the process of making the painting,” Heffernan says. “I would be bored if I knew from the beginning where I was going to end up.”

Hiraki Sawa is an emerging, London-based artist whose work has been shown across Europe, Japan and the United States. In his intriguing 2002 video, Dwelling, Sawa sets an airborne dream in motion inside his London apartment. To create this piece, Sawa shot still photographs of each room and then layered them with animated images of toy airplanes taking off, flying through the rooms and landing on appliances and furniture. The visual effect of the planes’ slow-motion journey is surreal and dreamy, but also tinged by a sense of loss.