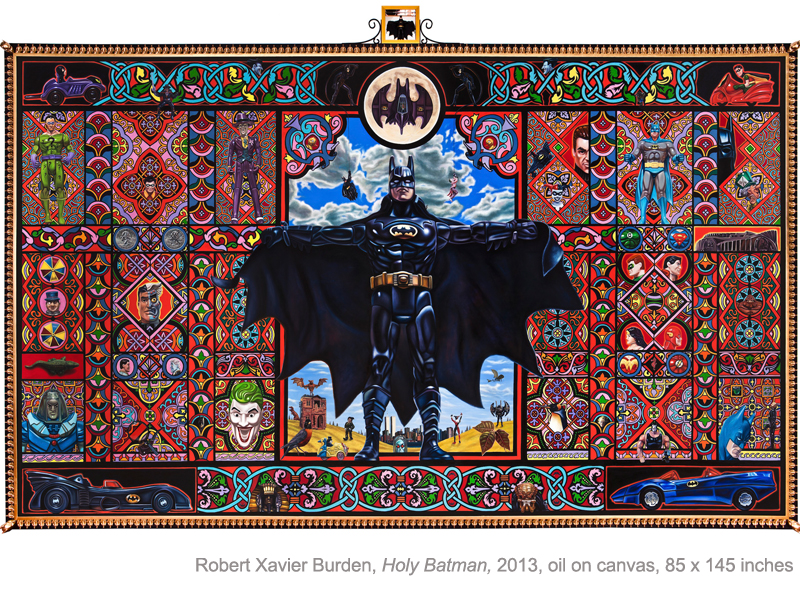 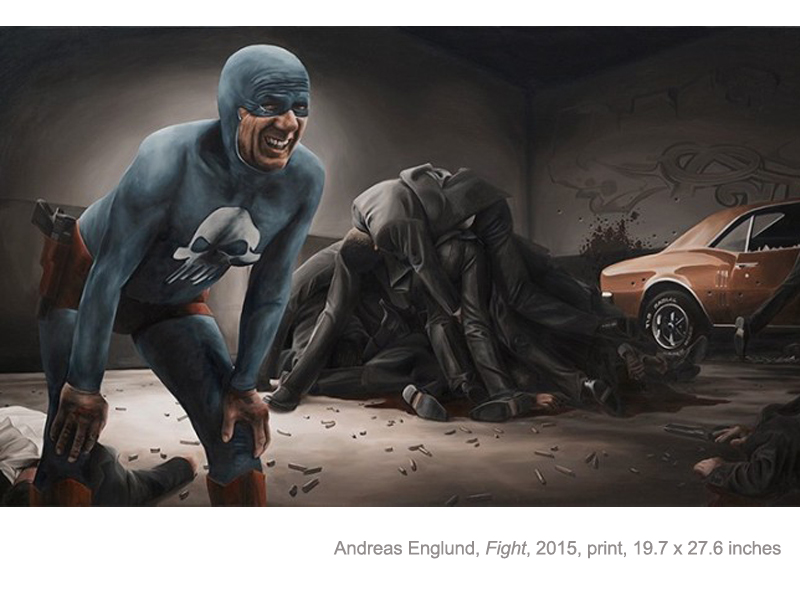 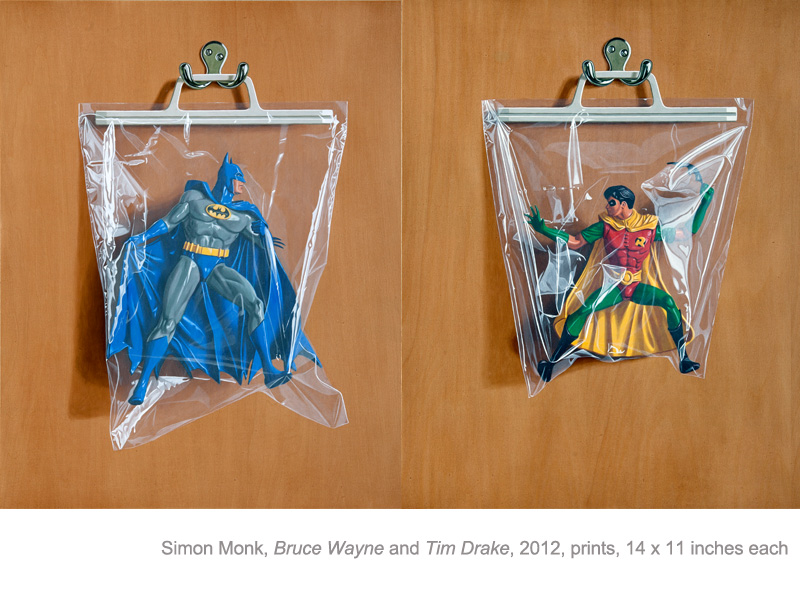 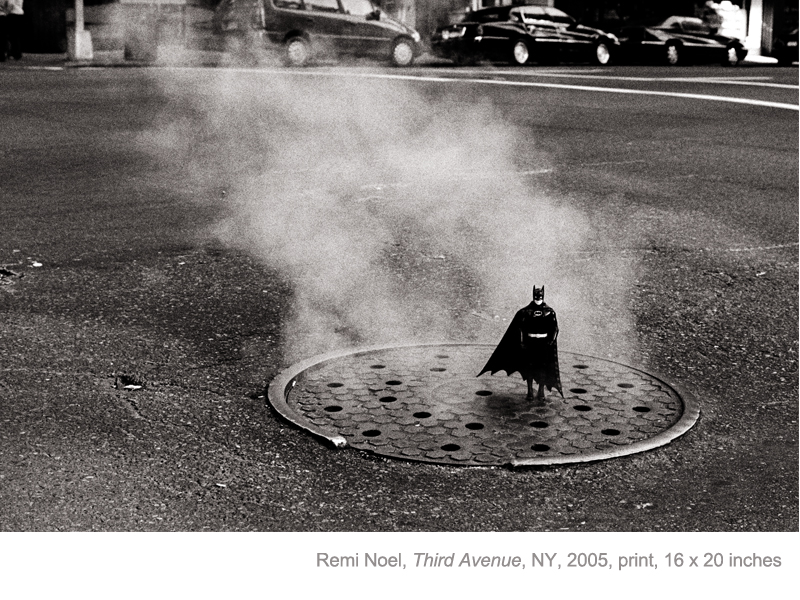 My Hero! celebrates and re-envisions the possibilities that exist when you have a magic cape, lasso, or some superhuman power that changes everything. Bedford Curator Carrie Lederer says: “For decades, artists have tapped the world of the superhero, eager to explore the alluring concept of what it means to have an avatar. We’re captivated by miraculous, superhuman strength, startling bravery, the enthralling adventures, and even their weaknesses. A number of artists are also asking: What happens when Superman gets old and checks into Assisted Living?  What does he look like and what’s he up to?”

My Hero! will feature art by nationally renowned artist Mark Newport (Keego Harbor, Michigan), who, for years, has been using  superhero imagery to explore issues of identity and the definition of a “hero”. Newport says about his work: “Turning the superhero inside out is a way for me to present an understanding of masculinity. Superheroes suggest strength, but knitting them or covering them with embroidery provides a softness that is contradictory to their image.”  Dulce Pinzon (Brooklyn, NY) makes photographs depicting the lives of immigrants as society’s “real superheroes,” with images of Catwoman working as a nanny and Superman delivering pizzas on his trusty bike.

Sacramento artist Mel Ramos anchors the My Hero! exhibition. A pioneer in the genre of superhero art, Ramos has been using iconic images in his work for over 50 years. One of his earlier works, an oil painting of Superman (1962), is currently on display at the de Young Museum in San Francisco.

Bedford Gallery also commissioned San Francisco artist, Lizabeth Rossof to create a Batman warrior for My Hero! Created in Xi’an, China, this piece features Batman as a historic Terracotta Warrior. The Batman warrior is authentic in composition and detail and is crafted using the same natural material as the original statues. Other notable Batman-themed art include Robert Burden’s The Holy Batman, a large-scale oil painting, Simon Monk’s Tim Drake featuring a Robin action figure and Steve Seeley’s Family Portrait of Batman and Batwoman.

My Hero!’s international roster of artists includes a series of humorous, sardonic superhero paintings by Laurina Paperina (Rovereto,Italy), and a sultry rendering of Supergirl laying across Mount Taranaki by Graham Kirk (New Plymouth, New Zealand) that is both dramatic and comic. The Italian photography duo by the name Foto Marvellini (Vercelli, Italy) create rich, somber Victorian-like sepia toned images of our superheroes that appear as vintage photographs, circa 1850. After the Bedford exhibition, My Hero! will travel nationally through 2019.