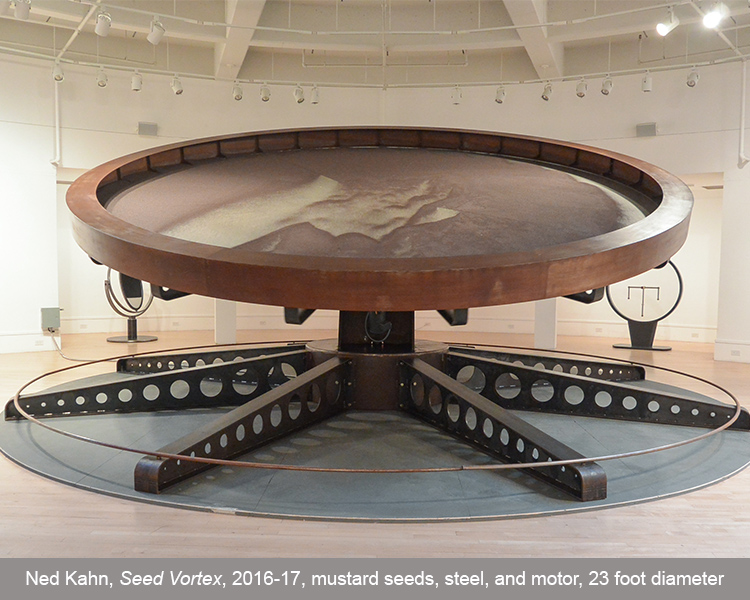 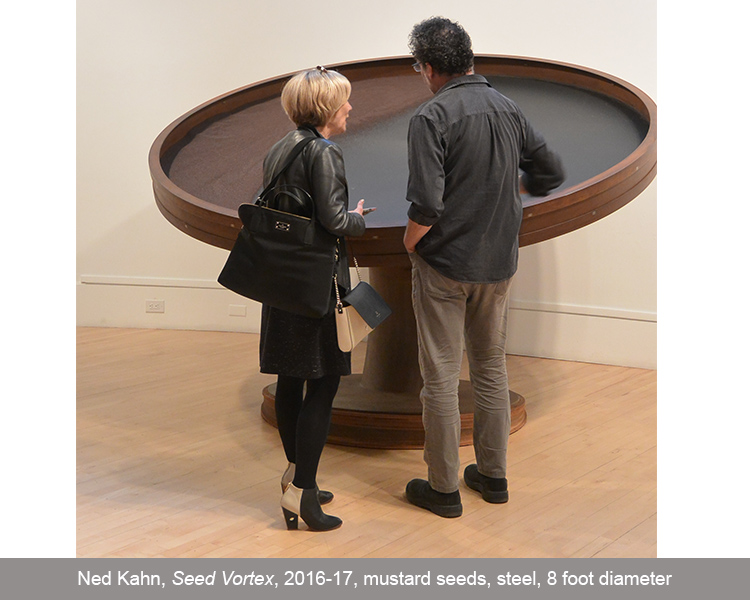 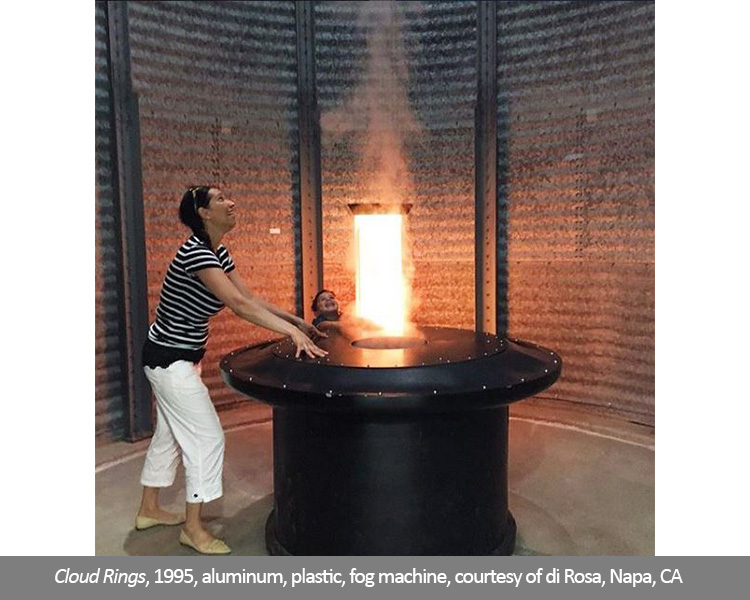 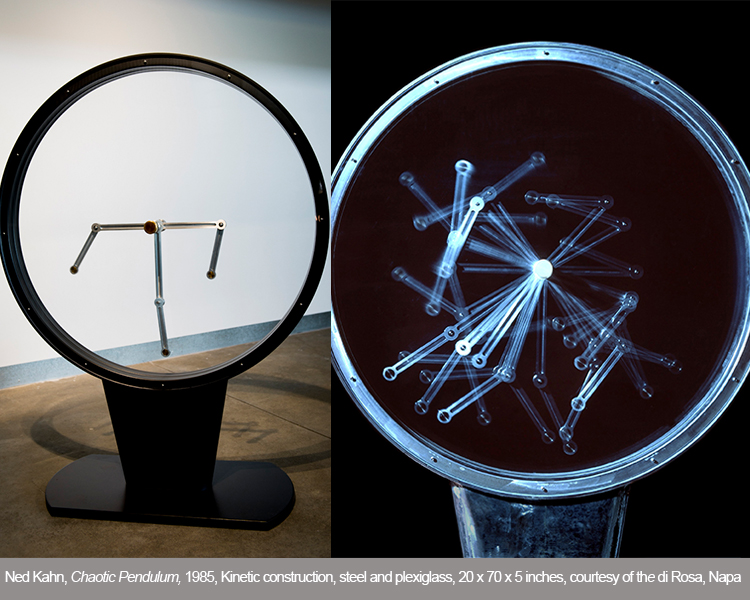 This winter, the Bedford presents the work of Bay Area sculptor Ned Kahn in a solo show that studies the artists’ lifelong fascination with the confluence of science and art. At the center of the show is Seed Vortex, Kahn’s enormous metal sculpture weighing thousands of pounds and spanning 20 feet in diameter.

Seed Vortex shifts a transient sea of tiny mustard seeds in a slow, constant and captivating spin, addressing life’s puzzles, like eternity, unity, chaos and change. The inspiration for Seed Vortex goes back to the 1980s when Kahn was an artist-in-residence at the Exploratorium in San Francisco. There, he explored the Physics of the Granular State, an emerging field of science that studied the way powders, sand and other dry, granular materials moved. Kahn created a series of interactive sculptures at the Exploratorium that encouraged viewers to influence and observe the patterns of granular motion. This work led to Negev Wheel, which Kahn made in 2016 for the Contemporary Jewish Museum in San Francisco and filled with sand from Israel’s Negev Desert.

“The action of millions of small particles, influenced by their interactions with their neighbors, can create large-scale pattern changes that reorganize an entire system,” Kahn says. “It’s an opportunity to watch systems change before your eyes, and can be a metaphor for political and social change and the processes of human thought and creativity. The sound and smell of cascading mustard seeds add sensory dimensions to the experience.”

Kahn’s other pieces featured in the show include work generously loaned by the di Rosa Center for Contemporary Art in Napa.

Opening Reception and Meet the Artist

Join us for our opening reception and complimentary wine and hors d’oeuvres. Refreshments hosted by our Bedford Gallery Guild and supported by JP Morgan Chase and Wente Vineyards.

Arts + Craft Beer - with a side of mustard!

Join us for a family art day at the Bedford! In conjunction with Ned Kahn: Seed Votex, the event will feature mustard seed artwork, make your own mustard, and complimentary snacks, including beer tasting.