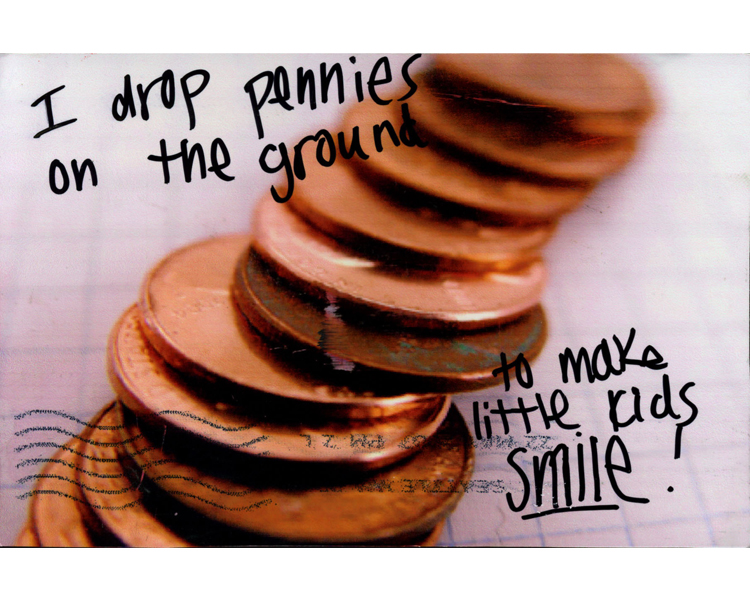 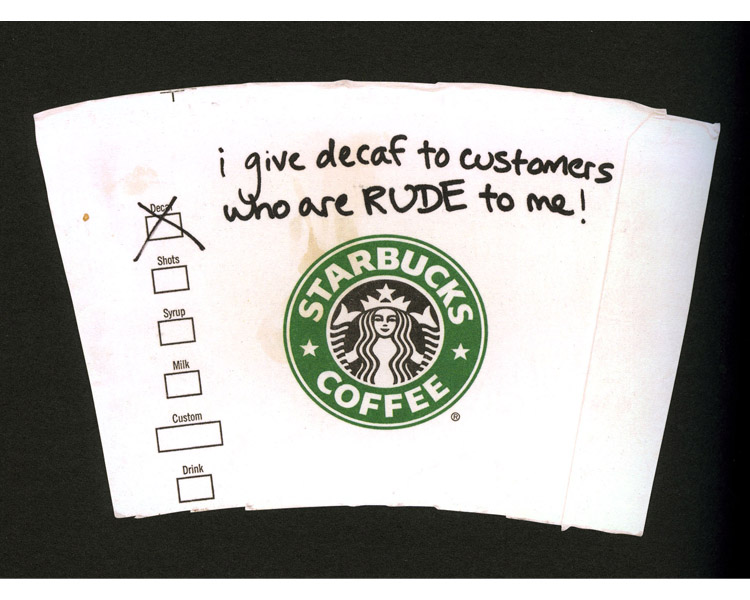 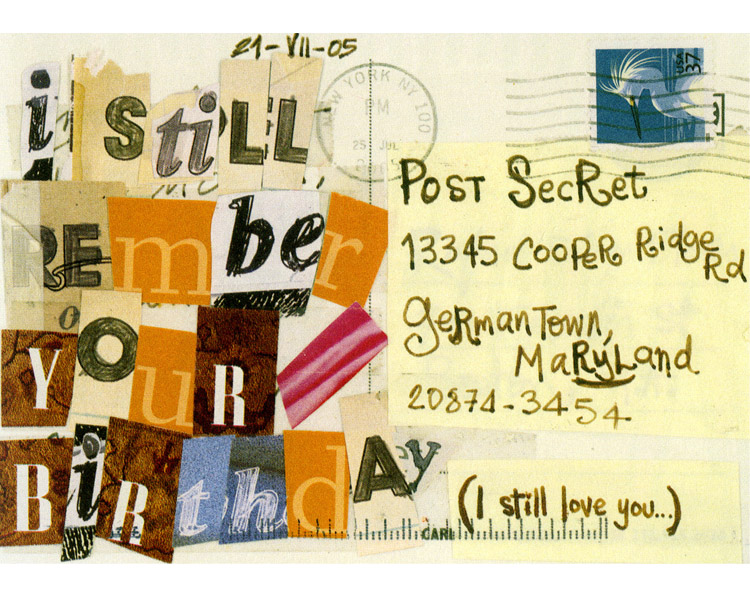 The PostSecret exhibition features more than 400 works of art that reveal the parts of our interior lives that no one talks about but we all recognize. Shocking, profound, petty, brave, and soulful, PostSecret unflinchingly exposes the frailty and courage that hides within us all.

In November 2004, Frank Warren handed out 3,000 postcards to strangers. He invited people to write down a secret anonymously and mail it to him. Each secret had to be true and something that had never been shared with another person. These initial secrets were exhibited in Washington, D.C., later that year.

After the first exhibition closed word of the project spread. People began crafting their own homemade postcards and the artful secrets began arriving from every continent. Now, Warren has received more than 150,000 postcards and they continue to come at a rate of about 1,000 a week.

Every Sunday, Warren posts secrets on his award-winning website (www.PostSecret.com), which has been viewed more than 100 million times.  This international phenomenon has spawned three bestselling books with a fourth, A Lifetime of Secrets, published in October 2007. One of HarperCollins most sought after speakers, Warren has spoken at dozens of college campuses and appeared on international media including Good Morning America, The Today Show, CNN, BBC, CBC and NPR.

Sometimes when we think we are keeping a secret that secret is actually keeping us.

–Frank Warren, the founder and curator of PostSecret