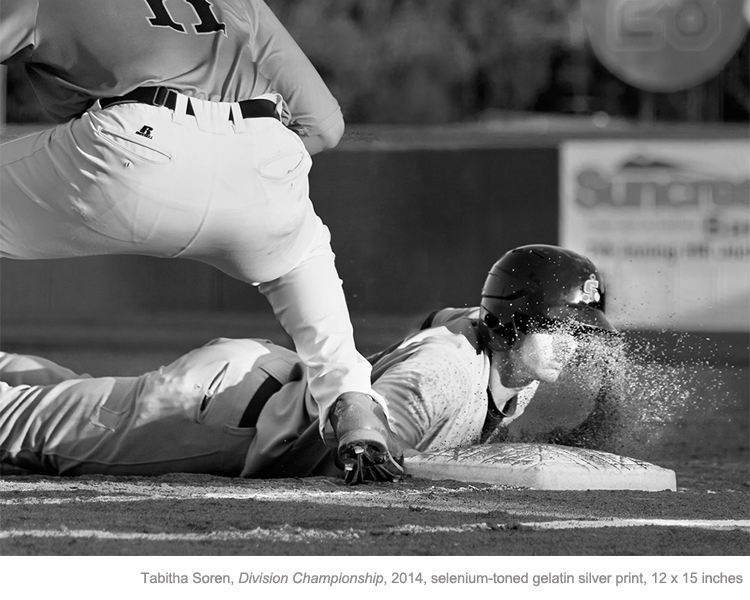 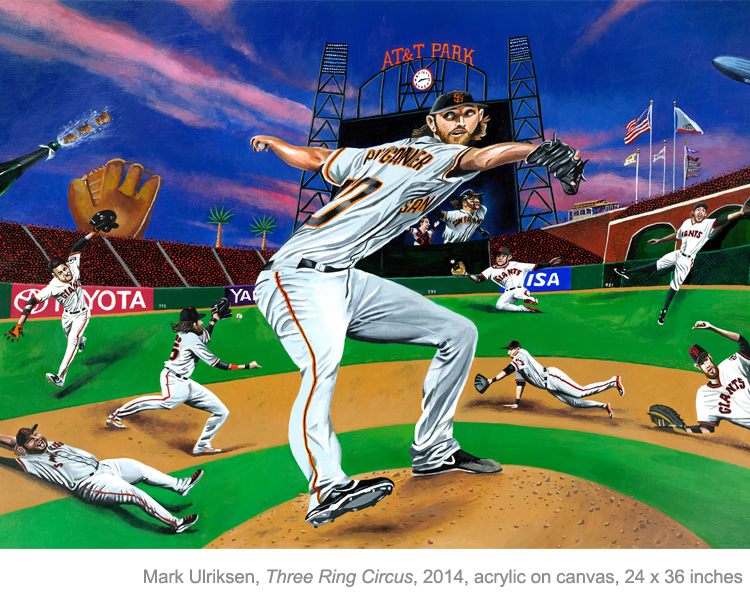 A Short Survey of Baseball Art

The arrival of spring means one thing to many: the beginning of baseball season. Safe at Home celebrates America’s beloved pastime by bringing the sights, sounds, and excitement of the stadium into the gallery. For this exhibition, Bedford Curator Carrie Lederer teamed up with Bay Area art dealer and gallerist George Krevsky to assemble a rich mix of contemporary and historic works. The exhibition features both local and national artists, including artworks from private collections by Andy Warhol, Elaine DeKooning, Claes Oldenburg, Raymond Pettibon, David Levinthal, LeRoy Nieman, and Lawrence Ferlinghetti. This exhibition was funded with a generous grant from the Lesher Foundation.

Baseball crosses racial, economic, and generational divides as a game that provides entertainment in the best of times and comfort during some of the nation’s toughest moments, including The Great Depression, World War II and the Civil Rights Movement. It also symbolizes tradition – gathering around the television for World Series Game 7, constructing cardboard bases for a spontaneous backyard game, rooting for the home team, whether they are local underdogs or Major League superstars. While baseball’s international popularity is on the rise, the art of the game remains strongly anchored to the identity and spirit of the American people.

Safe at Home will feature a wide roster of Bay Area artists. Sports photographer Brad Mangin (Pleasanton, CA) has shot some of baseball’s most iconic moments. His intimate look at the game captures all the emotion of the stadium, ranging from euphoric triumphs to quiet reflections. Tabitha Soren’s (Berkeley, CA) photographs explore the relationship between baseball and the American drive to succeed. Noah Breuer (Berkeley, CA) blends printmaking, collage, and digital technology to create a series of artworks inspired by his personal baseball collection that investigates young male identity and hero worship. Well-known Bay Area artist Willard Dixon (San Rafael, CA) skillfully plays with space and light to show the simplicity of the game’s biggest icon: the baseball.

Other Bay Area highlights include an Oakland A’s quilt from Debbie Gallas (Fremont, CA), upcycled baseball sculptures by Lauren DiCioccio (San Francisco, CA), and several contributions from the family of All-Star legend Joe DiMaggio including an oil painting portrait and his World Series ring. Safe at Home is also an exhibition that explores the legends and heroes of the game. Arthur Miller depicts Satchel Paige, the legendary pitcher who played for the American Negro League and Major League Baseball (MLB). In 1948 Paige became the first African-American player to pitch in a World Series game. Raymond Pettibon’s (Hermosa Beach, CA) lithograph touches upon the theme of athletes as heroes from a different vantage point—questioning their god-like stature and asking: are our athletes as heroic as they appear? Bedford is also borrowing a series of photographs from the collection of John M. Kovach, Archivist at St. Mary’s College in Notre Dame, IL depicting women baseball players from the early 20th century. The images were from a travelling exhibition titled Linedrives and Lipstick, The Untold Story of Women’s Baseball.