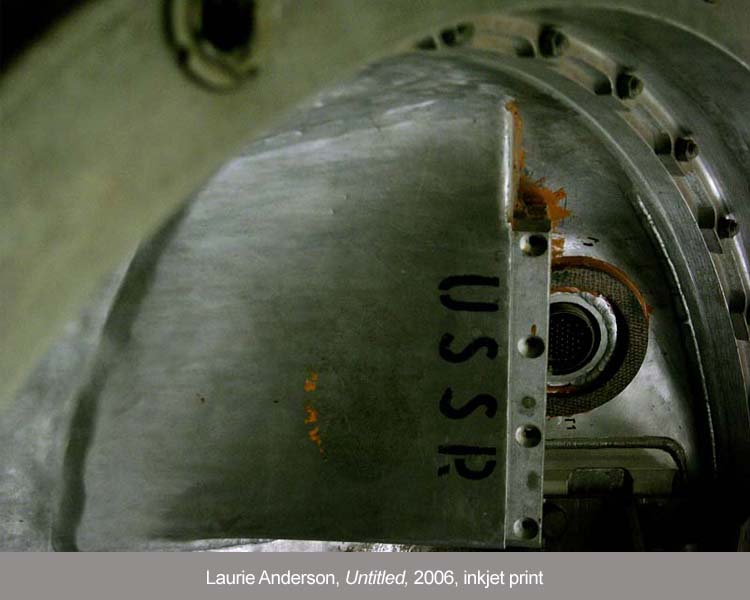 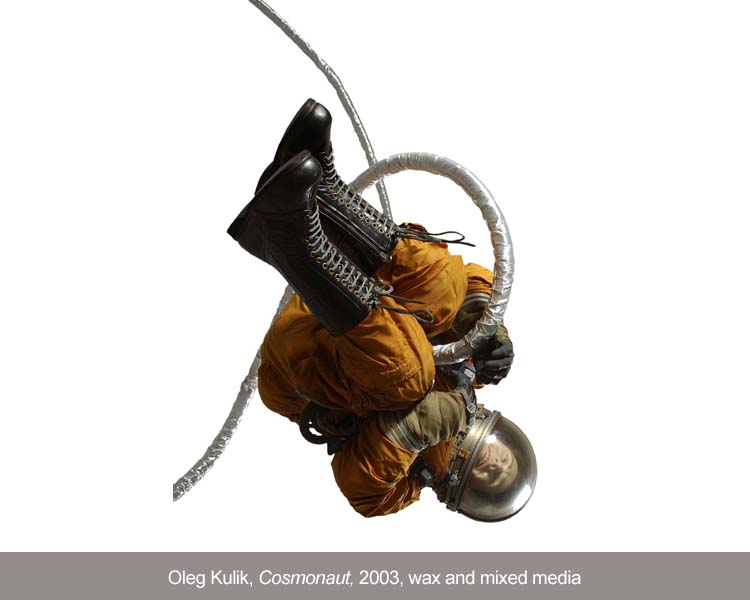 Space Is The Place

The theme of space exploration—its infinite potential, as well as its historical successes and failures—is the focus of Space Is the Place, featuring installations, paintings, works on paper, and sound and video works made during the past ten years by an international group of contemporary artists. Curated by Alex Baker and Toby Kamps, Space Is the Place is organized and circulated by iCI (Independent Curators International), New York. The Bedford gallery has received funding from the Diablo Regional Arts Association to host this traveling exhibition and is the exclusive west coast venue.

Global attitudes toward this subject have changed radically between the time the Soviets launched their Sputnik satellite nearly fifty years ago and the explosion of American space shuttles in 1986 and 2003. Despite recent setbacks, travel to outer space remains a powerful catalyst for contemporary artists, inspiring nostalgia, fantasy, and, at a time of great terrestrial conflict, consideration of serious earthly concerns.

While these works are united by the primary theme of outer space, the open-ended parameters of the subject also invite consideration of issues relating to the technological, environmental, and sociopolitical forces affecting life on earth. For example, Polish-born artist Aleksandra Mir’s video, First Woman on the Moon (1999), which was performed on a beach in the Netherlands thirty years after the first moonwalk, uses the fantastical context of space exploration to comment on the continuing problem of gender inequality.  A related, gently satiric spirit permeates the work of Mexican artist Damián Ortega, whose Aterrizaje en la luna (Voyage to the Moon) (1994), named after a French Tin Tin comic, is a galvanized metal shelter that appears to be part imaginary space capsule and part dwelling for the homeless, highlighting both the inequalities that divide and the dreams that unite affluent and developing nations.

Space Is the Place includes new works such as photographs from NASA’s first artist-in-residence, Laurie Anderson. “When you hang out at NASA,” Anderson observed, “you realize that a lot of research has to do with beauty, starting with Einstein, who rejected certain theories because they violated his aesthetic sense.”  Recent works, relating to Anderson’s musical/performance pieces inspired during her time at NASA, highlight the importance of imagination and dreaming in the quest for space travel.

The exhibition takes its title from a film about the influential jazz‑fusion band, the Sun Ra Arkestra, whose leader, Sun Ra, claimed to be from Saturn. He spoke of making music sublime enough to elevate humanity beyond Earth, transcending reality. Much like the trademark cosmic themes of Sun Ra, Space Is the Place presents a diverse, engaging, and illuminating vision of themes relating to the inviting realm beyond our planet.