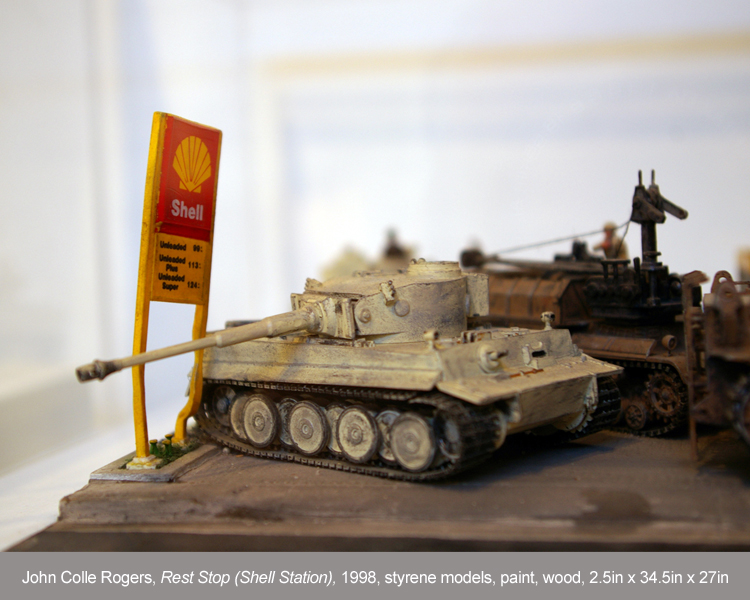 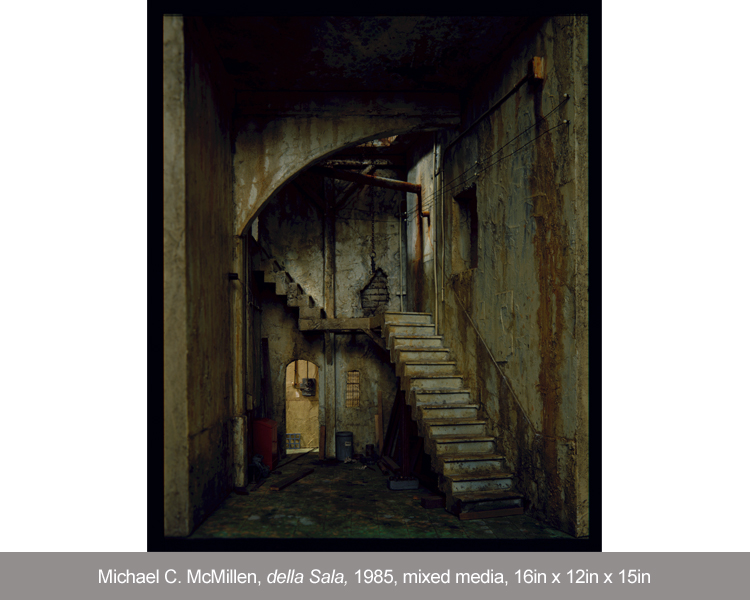 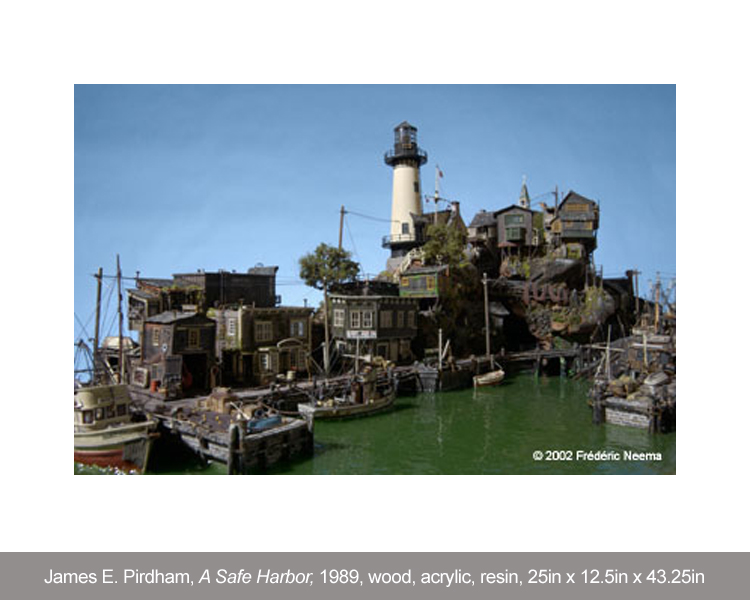 The Art of Diorama

This exhibition has been generously funded by a grant from The Dean & Margaret Lesher Foundation which consistently supports the arts and enhances the quality of life in Contra Costa County.

The diorama was a popular entertainment in France and the Britain in the mid 19th century. Its definition morphed from a large scale theater installation, to any three-dimensional, full-size replica or scale model of a landscape typically showing historical events, nature scenes, or cityscapes. Artists from the 1960s through today have adopted the idea of diorama to create environments or habitats that jostle recesses of the brain to spark imagination.

The Bedford’s exhibition The Art of Diorama, presents twenty-three artists who transform an enclosed area—ranging in size from a matchbox to a small room—using sculpture, painting, video, and photography. The artists construct life-like environments or habitats blending real and imagined elements to capture a single and arrested moment in time.

The show features veteran diorama builders like Michael McMillen and Helen Cohen and newcomers like Tracey Snelling and Jeremy Mora who are quickly emerging and showing all over California as well as abroad. This promises to be a diverse show that will encourage people to interact with their surroundings or simply peer into other miniature worlds.